Five years of steady expansion for the construction industry have yielded a labor market and supply and demand for building products that are pushing inflation higher. That’s the conclusion that can be drawn by the recent months’ readings on producer prices and completed construction costs. 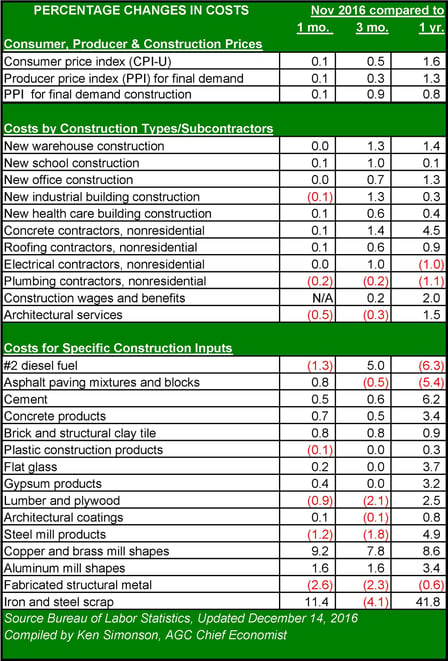 Inputs to construction also rose 0.8 percent from November 2015. Energy prices fell in November and for the full year-to-date (although that has likely reversed for the time being), which kept the PPI increase modest.

Ken Simonson, chief economist for the Associated General Contractors, forecasted on November 17, 2016 that labor costs would rise three to four percent in 2017 because of a widespread shortage of construction workers. This trend, which is in part due to demographics and partly caused by more construction, is a long-term issue but the prospect of increased infrastructure spending in 2017 is pushing expectations about wages much higher.